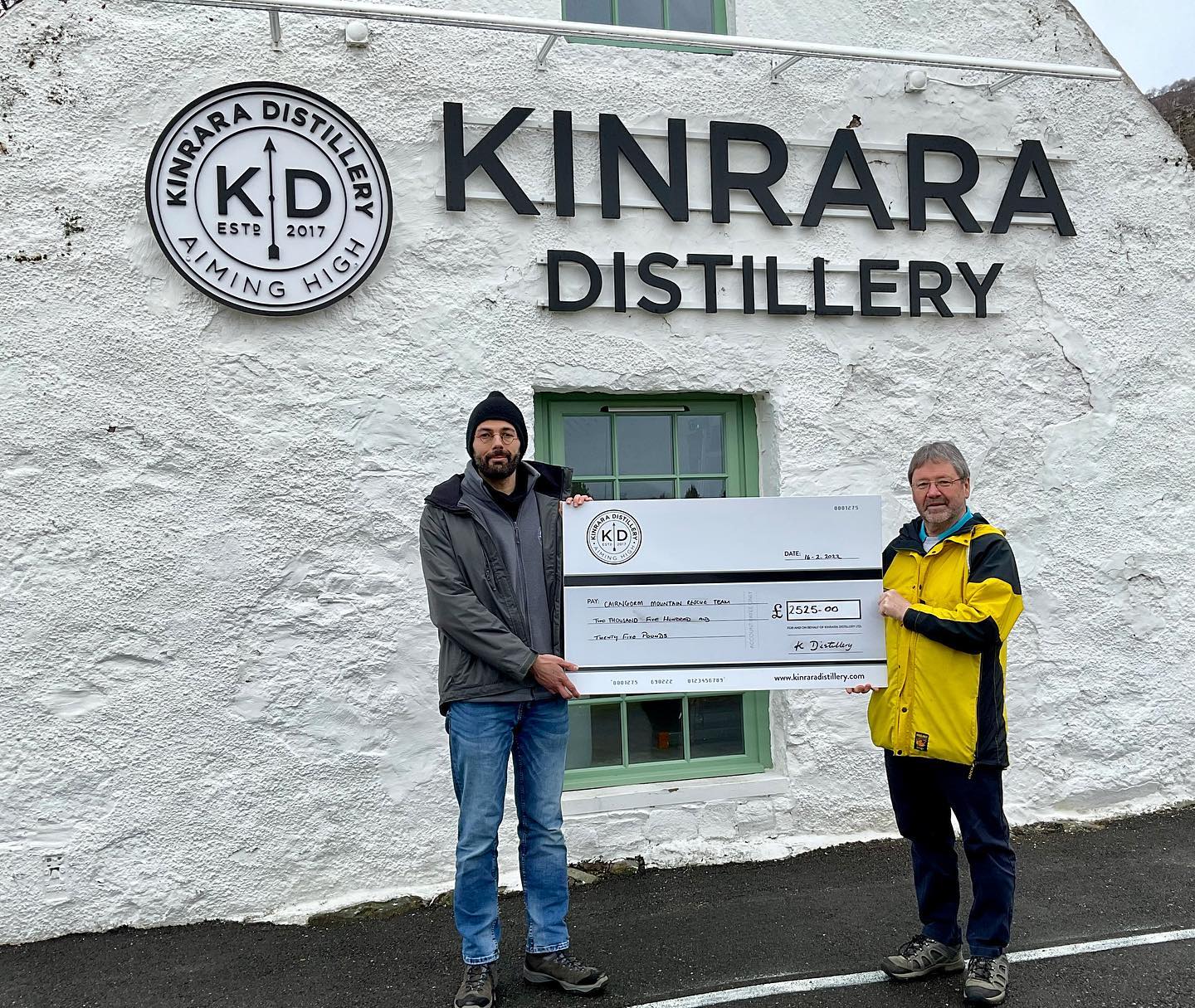 We were delighted to present a cheque for £2525 to Willie from Cairngorm Mountain Rescue Team earlier in the year! ⁣

We’ve been proudly supporting the team since 2019, with £5 from each bottle of our collaborative gin ‘Cairngorm Whiteout’ being donated. ⁣

The Cairngorm Mountain Rescue Team are based at St Columbas Rescue Base, Inverdurie, Aviemore. It is there that they coordinate rescues which are predominantly in the Northern Cairngorms.

The vast area that CMRT covers includes the Northern side of the Cairngorms National Park, Ben Alder to the south and into the Monadhliath Mountains to the East Side of Loch Ness and some of the most remote wilderness at the highest elevations.

The team is made up of 40 volunteers, who give their time freely to help those in need of aid in the mountains.

CMRT’s main area of operation is the Cairngorm Plateau and the surrounding Coires, this is an incredibly beautiful area but it can also be the most inhospitable place in the British Isles, meaning that the team regularly conduct rescues in near zero visibility, blizzards and hurricane force winds.

On average CMRT will respond to 45 callouts a year, totaling 3000 man hours; these callouts can range from a couple of hours to multi day searches.

We are extremely proud, with your help, to be able to support the Mountain Rescue Team in the vital and often lifesaving work that they do.

Trustpilot
Shopping cart0
There are no products in the cart!
Continue shopping